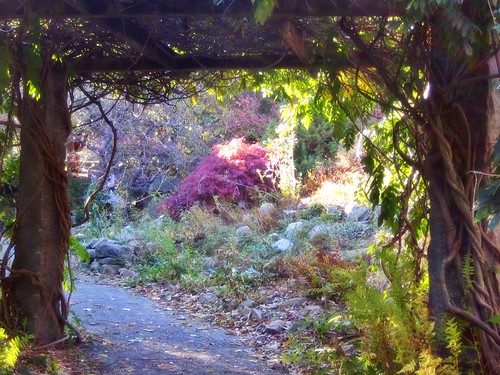 Once you record your dreams, signs, and visions for a while, you’ll notice that they help you track new cycles, new developments, and evolutions. This is another good reason to journal – to receive those Divine memos – announcing important shifts in your life.

Before I give you more examples from my journal, a few quick tips on journaling:

I had a dream in February 2003 where I heard the words, “Your career will change when you meet a woman named English with short brown hair.” Exactly one year later, in February 2004, I did meet a woman with the last name English, and she does have short hair.

Because I recorded both the dream in 2003 and the meeting in 2004, I could then make the connection and dive deeper into its meaning. Journaling is a spiritual measuring stick for incremental changes, showing you the real steps in your metamorphosis.

It’s no coincidence that this woman’s last name was English. It evokes the English language, communication, writing. The name contains a very specific pun – a spiritual directive – to teach and to write. It was as if the Divine sent me the English language personified, so that I wouldn’t miss the message.

A few months later, I launched the intuition training program, an apprenticeship program for those who want a focused study of the intuition. That summer I also revisited writing, and restarted the email newsletter.

That same year, I began to define the intuition as a language — a symbolic language that is soul driven — a language for everyone. All anyone needs is to learn the translation skills.

Determining the crux of a problem

The intuition is a natural detective. If you’ve lost something – your health, your keys, your relationship – and you can’t figure out why, your intuition will give you the exact answer you need.

In November 2003, while living in Hawaii, I got a critical case of bronchitis and asthma. In addition to struggling for breath, my ribs were bruised from the ceaseless coughing and wheezing. My doctor put me on antibiotics, and said I should get better soon. I did — for a short time — and then the symptoms returned. By the new year, I was desperate for a solution.

In a house, a woman says she wants to live more simply. I noticed a thin, black tribal man wearing a loincloth standing in my living room. He pointed to two large black mold areas in our house and said, “This is not a good phenomenon. It’s better to leave.”

The man in the dream represented my inner physician, shaman, medicine man; he helped pinpoint the problem.

All this time, I thought I had a virus. It didn’t dawn on me until after I had this dream that I was having a severe reaction to toxic mold. The house we lived in was riddled with plumbing problems, in the kitchen and bathrooms. The tub in the main bathroom was surrounded by vinyl sheets that looked like ceramic tiles, but they weren’t waterproof. A greenish black mold began to form around the rim of the tub, and penetrate the baseboards. No matter how much we complained to the landlords, we couldn’t get them to fix the problem.

By April, I’d had bronchitis and asthmas for seven months. My husband had to make a business trip to Colorado, and I joined him to see how the change in environment would affect me.

Within a day, all of my symptoms were gone.

We realized that my dream was right. We had to move out of the house. We gave notice to our unresponsive landlords as soon as we got back, and moved to Colorado one month later.

The key with journaling is continuity. Your life isn’t a one-act play, it’s a life series that you want to capture. Journaling is a walking meditation where you can retrace your steps. Your journal will beckon you to consider opportunities you haven’t even fathomed yet.

Revelation isn’t instantaneous, it’s the mountain walk along a winding stream, the flight from the east coast to the west, the long drive along an interstate highway, and sometimes it involves crossing borders into unknown lands and regions, to align with your destiny.