Jan. 10 Outside the Box, Power of Mind, Wild Card 12 comments 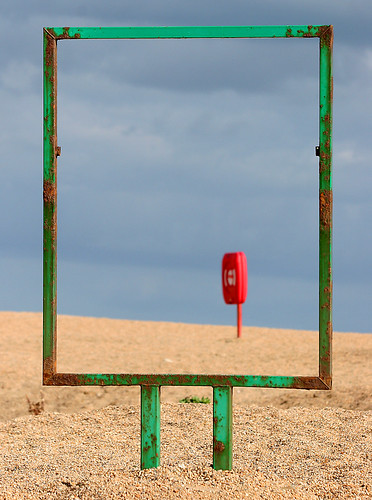 Language shapes reality. Flip open your English dictionary. Leaf through several pages. What do you notice about all those words? The English dictionary is filled with nouns. For the English language, a dictionary is essentially a lists of things: ectoderm, marble, surveyor, and tortoise. The English language is accomplished at describing the material world. It is utilitarian. It is a language focused on precisely describing the material world in order to control it.

English has become the pre-eminent language throughout the world, the primary language of business, the Internet, and international politics. In that sense English has become a bridge between countries, nations, and cultures. English is also good at incorporating key phrases from other cultures as well as youth and techno culture: café au lait (France), delicatessen (Germany), wowser (Australia, New Zealand), or blog (online journal). English can be innovative, colorful, and far-reaching in its scope. These are some of the strengths of English as a global language.

But something essential and vital is missing in this utilitarian way of communicating and organizing our thoughts.

The English language loves nouns. Most Native American languages, by contrast, emphasize verbs and use very few nouns, or none at all. Think about that for a moment. In a language of verbs, everything is named according to its purpose. Objects are not simply things, but expressions of intention. Intention is an expression of spirit.

English is structural, focused on defining, acquiring, protecting, building, manipulating. The English language is incredibly powerful and useful as a result. Its major downfall is that through its many categories, labels, definitions, it breaks down and divides. It describes a universe of unrelated objects, isolated people, and events. The English language can be a very lonely, sometimes even spiritually bleak language as a result.

When the structure of our language objectifies people, places and things, that shapes the way we think about our world. This limits how we interact with each other. A compartmentalized language and thought process breeds prejudice and self-hatred because we don’t see ourselves as connected with the whole. We only recognize the segmented parts, differentiated from others.

English is adept at describing the physical world. Like the scientific model, it tends to dissect in order to retrieve or relay information. This dissection also distances us from direct experience.

Paula Underwood, cross-cultural teacher and author describes two ways of perceiving – the Hawk and the Eagle – that she learned from her father and her grandfather’s grandmother who passed on the Native American traditions, the Oneida oral histories, and a specific shamanic tradition called the Strong Spirit Path.

“When hunting, Hawk sees Mouse…and dives directly for it. When hunting, Eagle sees the whole pattern…sees movement in the general pattern…and dives for the movement, learning only later that it is Mouse. What we are talking about here is Specificity and Wholeness. Western Science deals from the specific to generalities about the whole. Indigenous science begins with an apprehension of the Whole, only very carefully and on close inspection reaching tentative conclusions about any Specificity.”
~ Paula Underwood, from article Native American Worldview: Hawk and Eagle, Both are Singing

Native American language traditions merge with the world around them through bonding and feeling; there is an energetic umbilical cord to the source of all things:

“When I was a child, if I were trying to understand the process of a leaf growing, for example, the idea was to sit and think, allow my thoughts to flow into the leaf. Only after I was completely satisfied with my explanation would I ask the plant’s permission and hold it in my hand… Indigenous science is based on a profound immersion in and awareness of the whole circumstance. Rather than mistrusting personal experience, Indigenous science has learned to thrive on it.”
~ Paula Underwood, from the same article as above

In the mechanical worldview of a noun-based language, the world is functional, offering us the supplies to meet our material needs. In verb-based languages, there is the recognition of a living energy and an enduring relationship to all things. Verbs suggest action and movement, inner meaning, truth. An Indian mystic defines the verb cup in Tiwa, a native language of the Pueblo Indians:

English and other languages that are noun-based reflecting an objectified worldview, are extremely powerful, but we need more to be fully human and spiritual beings. I can envision three tiers of language:

The power of framing with language

In her book, Getting A Grip, social and health activist Frances Moore Lappe, talks about the “power of framing.” If we are always talking fear, poverty, scarcity, then we touch into our powerlessness. Framing, a potent mix of our language and core belief systems, can confine or enlarge how we view ourselves. We have a choice.

“Throughout this book, I’ve stressed the power of “frame,” the lens through which we interpret our world. But what creates our frame? Largely, it’s language – the words and metaphors we use every day.”
~ Frances Moore Lappe, author of Getting A Grip: Clarity, Creativity, and Courage in a World Gone Mad

Words have the power to extend our vision, so that we can conceive of a new reality. For example, the “subprime crisis” in the housing market suggests something “less in quality or value.” How many words are we using that translate to “less than” in our culture? Perhaps it is our whole cultural mindset that’s in a Subprime Crisis where we have the mental habit of undervaluing and underrating ourselves. We underestimate our capability to instigate change.

How can we prime the pump — our conceptual pump — with new words and new frames especially in challenging periods, so we can meet skepticism and despair with hope and new solutions? If we’re not sure of how to change the situation, we can start by changing our words — the thought-tools — we use to build visions of new potential outcomes.

Who would like to volunteer a new word, a new definition, a new potential?

Watch and listen to Frances Moore Lappe introduce her book, Getting A Grip: