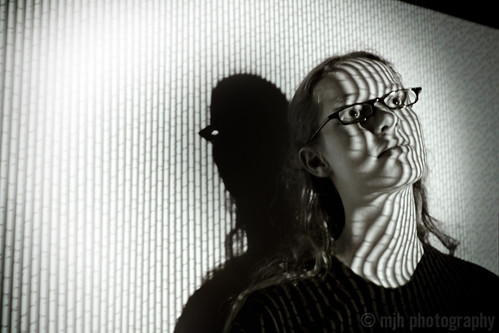 One of my students asked me how my third eye opened. This is the story.

In the early ‘80s, I spent my summers working at Grand Canyon National Park. My roommate was a theater costume design major named Carla. We were both friends of the movie projectionist, Michael, who played movies for the small community movie house. Carla also worked there a few nights a week. We all loved film and in the midst of our conversations we’d discuss our astrological charts with Michael who also was an astrologer.

That summer in the wee hours of the night, panoramic movies would flash in my third eye: sweeping scenes of wagon trails and horses, knights in armor gathered on distant hills, castles overlooking green valleys. The inner movies were epics with vast horizons. Some of these images rustling in the night were like moving shadows with only specs of color.

I was mesmerized by these internal movies, but there was no button to push rewind, stop or play that I could find. I traveled in the night through the images of my third eye and I was entertained, yet the meaning of these images mystified me.

Carla and I didn’t return to the canyon to work the following summer. I did receive a gift from her for my next birthday, however – a box with a crystal ball inside. I never really used the crystal ball for scrying or crystal ball gazing, because my dreams and my third eye – my inner crystal ball – were already giving me glimpses of the future.

A gift received can signify the blossoming of an internal gift.

At that same time, in the early ‘80s, I was also introduced to precognitive dreaming. As a girl, I’d always dreamed. These dreams played regularly in my unconscious, but their language was foreign to me.

It wasn’t until my third eye opened that I began to see the relationship between my dreams and my daily life.

The dream messages and my external life mirrored each other like a discernable echo. I’d dream of a friend, and I’d run into her the following day at a local pub. I’d dream of a change in my roommate situation, and my roommate would notify me that she was moving. My dreams weren’t just movies, they were living announcements of what was to come.

The next seven years I would study with numerous healers and intuitives, creating my own curriculum of the intuitive and healing arts at a time when there weren’t many schools available. I did study crystal healing with Katrina Raphaell at the Crystal Academy in Taos, New Mexico in 1987/88. (That school is now located in Kauai, Hawaii.)

Studying the spiritual properties of gemstones and working with them as tools for healing enhances and focuses the intuition. I started giving energy healing sessions. During crystal healing sessions, I would see images depicting the family history, physical and emotional wounds, and past lives of clients.

These images of the third eye now appeared in smaller groupings where I could distinguish and single out each image. They began to tell a story that I could understand, communicating the soul’s language and message. Accompanying each image was a kinesthetic feeling, an ability to read the lightness and density of energy.

This stage of my journey introduced me to the many facets of energy, its coolness and heat, its jaggedness and smoothness, and of course, its story.

For years, I did in-person healing and intuitive sessions. Although I would see images, it took time for these images to load, like working with a slow computer system.

In 1995, I got a job working for a psychic line. I worked there for nine months before opening my own phone and Internet-based psychic practice. The nature of phone psychic work requires you to be nimble and quick. Working on the line taught me how to call up these images with the snap of my fingers.

I can ask a question now and get an answer immediately. I can direct the process of receiving images. It’s like on-demand television where you choose the channels you want to access.

I finally discovered an internal remote control for retrieving these images. My intuitive process accelerated, and I gained confidence and trust in my intuition at this stage.

4. The Language of the Intuition

The language of the intuition is the imagery and the symbolism that the third eye reads and interprets. The art is in the translation, the understanding of the symbol’s message.

This is why I offer a course on the translation. We often see images, but we get stuck in the translation, in identifying the meaning. I’ve been studying symbols for thirty years – which is like studying French for just as long – you develop a vocabulary, a fluency in the language.

I consider my intuition a trusted advisor and friend who volunteers information and guidance as needed. The relationship is intimate, endearing, and consistently teaches me the meaning of life.

Tags: clairvoyance, dreams, intuition, third eye
← You Like Me! You Really Like Me!
Change Your Voice, Change Your Destiny →