Feb. 13 Outside the Box, Power of Mind, Relationships 2 comments 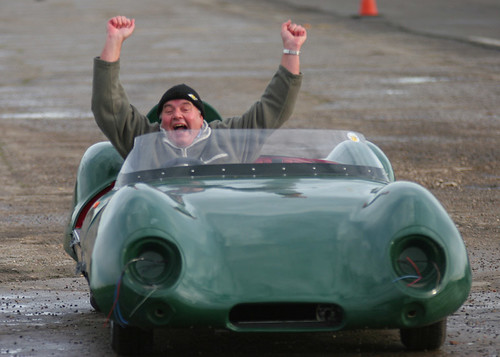 Life is like the dating game, only the rules have changed.

We all want to be like Sally Field accepting her Oscar. We want that moment when we get to finally shout in relief: “You like me! You really like me!”

We get trapped into thinking that life is an approval-based system, a system where we often feel powerless and at the mercy of someone else’s opinion. But that’s just a system, that’s not who we really are. Systems can fool us into thinking less of ourselves.

What really matters is the value we give ourselves. We must approve of ourselves first and foremost, and take every step forward with absolute confidence.

Recognize your own merit, your own value. You wouldn’t ever put yourself on the clearance sale table would you? You are that million-dollar marker, the shining jewel, and the tallest mountain.

What are the new rules?

Don’t ever sit by the phone and wait for the ‘call of approval.’ Ever.

If you want to go out with the cute girl who is always at Starbuck’s at 9:00 am every Monday morning, then ask her out. What have you got to lose?

If you want to publish that screenplay, attend some writing conferences. Go straight up to that director because you like where he’s coming from, and hand deliver your screenplay. Ask him for feedback, ask for advice, and ask him what the next step is in order to get a contract.

If you want to work for Pixar animation, then pitch a tent outside their front door. Tell them you’ll start in accounting, in the cafeteria, anything to get in the door. Then, ask for job in animation where they train you.

If you’d like to marry your boyfriend of three years, take him out to dinner, have them sing him a sweet serenade, and ask him to marry you.

There are no gender rules (we burned those years ago!) on who can ask in the dating game of life. Just ask.

Don’t Stop ‘til You Get Enough

Here’s a motto to live by to keep your courage up from Michael Jackson’s song, “Don’t Stop ‘til You Get Enough.”

The force is you: your originality, your uniqueness, your creative signature on the world’s stage. Don’t stop until you’ve reached your goal.

Realize that it’s not a question of whether you’ll reach your goal, it’s when.

Here’s a model for boldness and creativity: Diablo Cody. She is the screenwriter for the popular film Juno, and she recently received an Oscar nomination for Best Original Screenplay.

Diablo Cody is a riot, she’s one of the few people I’ve seen in interviews where there is no pretense. She’s formerly a stripper and she has written her memoir titled Candy Girl: A Year in the Life of an Unlikely Stripper. She is raw, witty, entertaining. There’s no suit of armor here, which we see too much of in our culture. Her essence reminds us to do our own thing, be strikingly original, and dare to stand out.

What have you been dreaming of doing lately? Why are you holding yourself back?

Watch Diablo Cody in her interview on the David Letterman show.