9/11 and the Wake-Up Call for Capitalism Reform 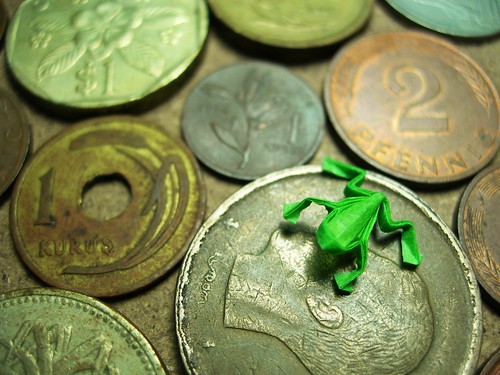 What if we invited Joseph Campbell and Carl Jung to speak on the economic crisis? They would recommend a round table discussion where sociologists, psychologists, philosophers, physicists, and economists would meet. They’d chant in unison that this isn’t just a numbers game. These two men would bring the soul of business to question and they’d ask us: What are the key spiritual operating principles in business today?

They would clarify the mythology and synchronicities playing out in the business world. Both of these visionary men would recognize the events of our nation as a cultural dream with profound mythical meaning. They would proclaim that there’s benefit in looking at national events as cultural dreams by taking the symbols into consideration.

Then, we have something that’s more than newsworthy. We have a powerful teaching story, a contemporary parable with the potential to heal and restore our culture to balance. We need journalists who can bring the story – the collective dream — and its meaning to the forefront.

“Shakespeare said that art is a mirror held up to nature. And that’s what it is. The nature is your nature, and all of these wonderful poetic images of mythology are referring to something in you. When your mind is simply trapped by the image out there so that you never make the reference to yourself, you have misread the image.”
~Joseph Campbell, excerpt from Joseph Campbell’s interview – The Power of Myth, with Bill Moyers

Let’s rewind and begin by looking at the key symbols of 9/11. National events reflect the consciousness of the national psyche, and our spiritual progress-to-date. When we look at national events as a cultural mythology, then no event is isolated. Every event rolls into the next; they are all connected.

The Tower is a Major Arcana card in the Tarot representing a lightning bolt, shock, awakening, sudden events, loss, purification of the ego, the fall of material riches transformed into internal riches. The Major Arcana are primary archetypes. Imagine them as wise spiritual mentors affecting great change in your life. The Tower indicates upheaval, with a purpose to overthrow old conditions that no longer serve us as a nation. There are two towers – the Twins — doubling the influence, strengthening and amplifying the power of the change that will impact business. Since it was the world trade center that collapsed, events on a national scale will have a ripple effect overseas. International markets will also dovetail.

“The Tower is also one the highest cards for healing. Just as the extraction of a rotten tooth provides relief for the entire body, destruction of stagnant situations and relations which hinder growth begins a healing process for your entire organism. Having a tooth extracted can be painful, but when the tooth is poisoning your whole system, there is no other choice.”
~Gerd Ziegler, author Tarot: Mirror of the Soul: Handbook for the Aleister Crowley Tarot

The Twins also suggests a division in our government and our perception as a nation. When there are too many factions, there is no central guiding principle, which drives business operations to the ground. This is akin to having a mother and father of a nation (example: Democrats and Republicans), but they are divorced, polarized, living on opposites sides of town. When they cannot reconcile, their ability to lead is compromised.

Carl Jung explored Hinduism over the years and traveled to India. He would add that Hindu Goddess Kali and the Tower are similar archetypes. They help strip away illusions, purge old belief systems, and engage us in a process of spiritual detoxification.

Let’s face it: There’s a child-like narcissism infecting business. We have to ask ourselves what ideals are we working with in business these days and how can we move beyond our own self-interest to the interest of the community at large?

We all recognize this as an emergency number. The number 9 is the number of high drama and emotion, endings and beginnings, and the compassionate heart. The number 11 demands diplomacy, foresight, and partnership.

The date of this shocking event and its subsequent name tell us that business has already reached a state of emergency – high levels of toxicity – and transformative change from the inside out is a necessity. We were called as a nation in 2001, then and now, to the urgency of capitalism reform.

9/11 warned us of the imminent collapse of world trade as we know it. The numbers 9 and 11 conjoined to mark a time where we must evaluate how we do business. Is integrity in its rightful place? If not, then the bubble is guaranteed to burst.

The numbers 9 and 11 highlight the period between 2009 and 2011 as peak years for the reconstruction and restoration of business. We’ll have to gut the house, which means have the courage to probe the reasons for the mortgage crisis and the resulting collapse of business, and start from scratch. We have to look at our motivations for doing business. A global spiritual crisis is occurring that is bleeding into economic infrastructures, not the other way around.

Two planes crashed through the Twin Towers on 9/11. These towers crashed, which means business will also crash, bottom out, deconstruct to reconstruct. Planes represent levels of consciousness. Our thinking about how we do business will do a 360 degree turn.

The heart of business is out in left field, and there is a lot of work to do to reposition its heart, so that the compassionate heart is central to business planning and decisions. Both Joseph Campbell and Carl Jung would agree that this is a remarkable time for our nation and that we are not only restructuring business, more importantly, we are restoring our attitudes towards business as a human interaction, not a sales ploy.

Empty Systems Fold in on Themselves

Carl Jung would point out that the ego of business doesn’t function in a healthy manner without spiritual guiding principles. At this stage, the ego of business is inflated and imploding on itself because it compulsively fixates on its own self-preservation. The archetype that rules an unregulated environment is the shark, the predator, the con man, the rascal, the trickster, with greed addiction at its core. A regulation is a business boundary. Boundaries help us define fair and just business practices; they help promote a harmonious business environment where everyone is protected.

How can a mythology of wholeness emerge in business when we are promoting aggression in the marketplace? Business traditionally is built on the false belief that we have to swindle and manipulate to get what we want.

“Falsehood makes us go weak: acting from false positions typically results in the use of force. Force is the universal substitute for truth.

Attractor research tells us customers are willing to pay for quality, and that good products would sell themselves without slick advertising gimmicks. Since integrity and excellence are aligned with power, they speak for themselves.”

We are living in a bait-and-switch commercial environment where the goal of business is to hook the consumer, even if it involves outright deception. The mortgage crisis is the result of the bait-and-switch system. These companies reel customers in at a lower rate (bait) and hike the rate to an unaffordable amount later (switch). Credit card companies raising credit card rates is also a bait-and-switch tactic – you had a better rate when you opened your account, right?

The real risk of a market that’s too free is that we throw our principles down the tube. We create an environment that is cruel to others. When CEOs make millions of dollars more than their employees, or when a child in a Third World country is making cents on the dollar for a days work manufacturing U.S. products, that is not fair trade anywhere down the line. A system that worships profit alone is an empty system that will decline fast and hard.

Financial solvency is gained when we promote an atmosphere of trust and sincerity where we demonstrate time and again that we care for each other. Business has failed because we are keeping an eye on the totals at the cash register more than connecting with those we serve: the customers, the people, the human beings. No one gains when someone is getting ripped off.

Where Can We Find a Mythology to Live by: The Life of Paul Newman

Carl Jung would comment that it’s a powerful synchronicity that Paul Newman, the witty and intelligent actor and modest philanthropist, passed away during the worst economic week in decades with momentous bank failures, historic government bail-outs, and a plunging stockmarket. We lost a national hero, but we also gained a cultural icon, a model of how to use business as a vehicle for social betterment. Icons live beyond their actual death because their lives make a positive and lasting cultural imprint.

His exit at this crucial moment in history marks the spot. How he lived his life is a potential solution – a new mythology and archetype — for the economic problems at hand.

It’s rare when a man becomes a myth, when his life extends beyond his persona to infuse all our lives with goodness, and the promise of a better life. Paul Newman graced the screen and the world of business with his presence. He did not succumb to the glamour of Hollywood or the upper echelon of business. With glamour, there is the illusion of elitism and a false sense of entitlement. Even though he was a star (and his star still shines), he walked the path of the common man and stayed close to his humanity.

Before he goes for another joy-filled spin around the Daytona race track in the heavens, Paul Newman would say: True wealth benefits the many, not the few. True wealth balances home, work, and family. True wealth isn’t about what we take in, it’s what we give away that counts.