There’s a flurry of talk about recent events in Arkansas. Scientists and environmentalists are probing as to why 5,000 dead birds and 100,000 dead fish showed up within a day of each other, and just a few miles from each other in Arkansas. Theories range from thunderstorms, disturbances in earthquake zones, hail storms, poisons, disease, or even HAARP (High Frequency Active Auroral Research Program). 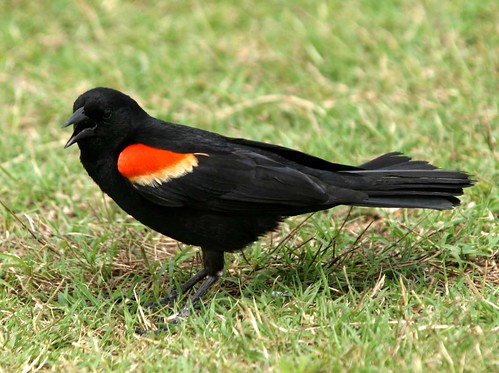 I don’t want to suggest I have all the answers, but I do have enough information to get us looking at these events with new eyes and at the messages behind these events. We can begin to ask new questions about the nature of these messages.

The Sequence of Events in Arkansas

1. On Thursday, December 30th, a tugboat operator discovers 100,000 dead drum fish washed up along the shores of the Arkansas River near the city of Ozark. Ozark is a civil war landmark and a stop on the Apache Trail of Tears. Ozark is in Franklin County, the northwest corner of Arkansas.

2. On Friday, December 31st, one day later, an EF3 tornado (Severe; winds between 136 – 165 mph) whips through the small town of Cincinnati in Washington County, the northwest corner of Arkansas, 3 miles from the Oklahoma border, and within 40 miles of Bentonville, Arkansas — where Wal-Mart’s headquarters are located.

3. On New Year’s Eve, Friday, December 31st, 5,000 dead red-winged blackbirds fall from the skies in the town of Beebe, Arkansas, 40 minutes from Little Rock, the capital of Arkansas.

What’s sitting there in that northwest corner like the elephant in the room is the headquarters for Wal-Mart, the biggest corporation in the world, and a symbol for unrestrained corporate global trade and commerce.

The more mysterious and unusual an event, the more likely it is a sign or omen. Right now everyone is clamoring for a scientific explanation of how something so bizarre can happen. Even when we have a more concrete explanation of how these events occurred, that’s just a mechanical description of events. The strangeness of the occurrences tells us there is a message coming through these events. Perhaps this is an environmental mishap, and that possibility should definitely be investigated, but there is more here to examine: this is a communication, a message, an omen.

Here’s a simple example of how this ‘language of signs’ works: Let’s say the brake warning lights come on in your car for no obvious reason. You have your car checked out by your mechanic, and he says there’s “no problem.” The next day, you narrowly avoid a serious accident because a man runs a red light. The brake warning lights, in this instance, warned of a potential accident not a car repair problem.

It’s not the mysterious causes behind these events that are significant in this case, but what is being told to us through these birds and fish. We need to heed their warning and ask the question: What are they saying and what do they want us to pay attention to?

Signs run on a wave continuum. No event is isolated. One event flows into another like a wave – a continuum. We can receive a preview of what’s coming because this continuum is a continuous line of energy, fluid, directed, like the flow of ocean tides. Past, present, and future events are on the same continuum sharing this line of energy.

First Step in Deciphering an Animal Sign: Study their behavior

Think about these qualities on a symbolic level for a bit. Think what it means for their death, the loss of these qualities. Now you begin to receive a picture of the symbolism behind the event.

Let’s focus particularly on the bird’s most distinguishing mark, its red and yellow shoulder patches.

What I immediately noticed is that those red-orange wing epaulets look like a military uniform. In fact, the word “epaulet” comes from military uniforms with ornamental shoulders. My first instinct is to read these red-winged birds as symbolizing aggressive positioning by some nation.

But which country? The coloring doesn’t fit with colors associated with the United States. That’s when I started looking at the flags of the world’s nations. Of all the flags and national colors, those red-orange epaulets with their thin band of yellow underneath strongly correspond to — the Chinese flag. See for yourself. Take a look at the Chinese flag for a moment, with its redish-orange field and five yellow stars, then look once more at the photo of the red-winged blackbird. (Isn’t it interesting how the yellow on the bird’s wing appears in an arc or crescent, similar to the pattern of stars on China’s flag?) There’s no other flag that matches this color pattern as closely. See pictures below.

Next Step: Check for Associations, Relationships, and Connections

Why Arkansas? We ask the questions – who and what are in Arkansas? Where are they located in Arkansas? This is like connecting the dots. Every event is built on a series of relationships. Find the relationships, and decipher more details from the sign.

Governor Beebe, the governor for Arkansas, has the same name as the town of Beebe where the red-winged blackbirds fell from the sky.

The number five is highlighted in these events: 5,000 dead birds descended on Beebe nearly matching its population of 5,618 (2009: clrsearch.com). The volume of the numbers involved in these omens suggests we will feel a colossal impact, not just on towns in Arkansas, but around the world, affecting both weather patterns and international trade relationships.

Governor Beebe may have his hands full with disaster relief this year, and into 2012.

There could be an upsurge of problems by spring (the beginning of the red-winged blackbird’s mating season, when their aggression rises), around the 5th month, May. May through mid-July is when aggression or turbulence could peak.

Arkansas, Wal-Mart, and the World Economy

Wal-Mart is a repeat offender of employee rights violations both in the U.S. and abroad: workers’ compensation, sexual discrimination, employee surveillance, child labor, and disability.

Wal-Mart imports largely from China where they rely heavily on sweatshop labor, mostly women and girls who are paid under 30 cents hour. This is virtually slave labor.

“Seventy-one percent of the toys sold in the United States come from China, and Wal-Mart now sells one out of the five of the toys we buy.” ~Jim Hightower, The Independent

The Wal-Mart business model creates a brutal cycle of world impoverishment: Americans with less and less money buy items from Wal-Mart because their products are cheap. That money goes into the pockets of the Walton Family that owns Wal-Mart, and the rest goes overseas to China to boost the Chinese economy, while perpetuating the poverty of Chinese workers. Since very little of the money spent at Wal-Mart circulates back into the American economy in general, the average American gets poorer, needs to buy cheaper goods… and so spends more of their money at Wal-Mart. And the cycle begins all over again.

These recent events were clustered near Wal-Mart’s headquarters in Northwestern Arkansas. Wal-Mart may experience a shake-up (tornado-like conditions), specifically with its trade agreement with China. Because of the immensity of Wal-Mart, this would have a ripple affect on the larger economy.

Wal-Mart itself is the biggest example of this form of international business. Other corporations that follow Wal-Mart’s business model may also encounter some major disruptions.

Birds also represent the air element: communication, ideas, and thoughts. Think about this as an omen: Thousands of dead birds in the state capital with connections to the federal government, former President and current Secretary of State. It suggests significant breakdowns in communication between nations that could escalate into more aggressive tactics.

Relations between the U.S. and other nations may encounter the following:

The Bottom Line: The Economy, China, and Conflict

In reading these signs, how do we bring this all together into a coherent picture? Let’s gather together the key elements and see what sort of pattern they form. Here’s how I read it:

I don’t want to suggest that this is the one and only possible “answer” to how we can read these signs. Instead, I want to point out the extraordinary relationship between these strange events and international politics and the economy. Ancient cultures would have immediately recognized these as powerful omens that deserve our serious attention. I have tried to suggest one way to look at these signs, to begin to understand them, and to uncover their meaning.

I hope the exploration of these signs opens up discussion. We shouldn’t just be asking how these strange events happened. Let’s begin to ask what they mean. I hope I’ve provided a good starting point. Now it’s your turn.